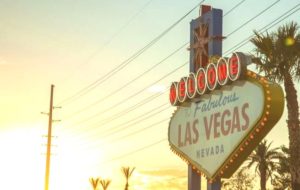 In fact, the hottest day of the year was set on July 26, 1931 at 118 degrees. But the bulk of the highest annual daily temperatures average range was between 111 to 116 with a few temperatures below and a few above with the highest bulk at 113.

In 1931, Las Vegas was virtually uninhabited accept for a small number of folks. In 1931, gambling became legal and they started construction on the Hoover dam. The population spiked from around 2,000 people up to 5,165 that year. Today, well over 2.5 million people call Las Vegas home. And yet there were no record temperatures this year or last. If human development causes global warming, then Las Vegas should be example number one for global warming. But the highest daily temperature this year (so far) was 113, well within the normal range.

Las Vegas is a valley so our weather is extremely stable and consistent. So temperatures in Las Vegas should be in the 120’s after millions of people built homes, business, drive cars daily and operate air conditioners in Las Vegas up from 2,000 folks in 1931.

BTW Las Vegas was once under an ocean until the climate changed. So climate changing on Earth has sometimes help humans and other times it challenged us. But one fact is clear; the Earth’s weather has changed constantly over 4 Billion years and will always change in the future. Humans must do what we have always done, adapt by leveraging our technology. Anyone who says you need to give up your freedom to stop Climate Change is a fraud or paid by a fraud. 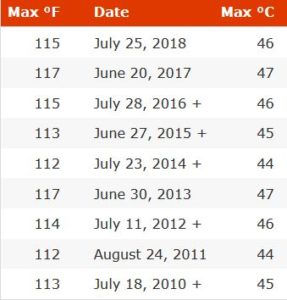