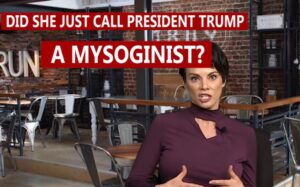 Kassee Bulen was a political gypsy who dropped into the Las Vegas Republican political scene back in March 2018 from Arizona, Utah, Texas and Indiana. Pretty, smart and slick, Kassee worked her way onto a few low level political campaigns. Kassee showed some political talent and skills but her drug and alcohol addiction destroyed every accomplishment she seemed to make.

Kassee came from a storied political family back in Indiana. Her dad helped President Reagan carry the Midwest in 1980. So politics was in her blood, along with a lot of vodka. With a history of arrests, including for DUI and assaulting a girl over some guy, her emotional immaturity would get the better of her once again here in Nevada.

When she first appeared on the political scene in March 2018, I interviewed her on camera. Stormy Daniels was in the news. Kassee, who sold herself as a Republican Trump supporting consultant, on camera called President Trump a misogynist and explained how she respected the office but didn’t particularly like Pres. Trump. We posted a clip of her interview.

I also wrote a story about one of her political clients who was criminally charged in 2018 and her involvement as a possible witness in that case.

IN November 2018, Kassee sued me for defamation for posting the video and for writing a story about her past in half a dozen other states. I counter sued under a law called Anti-Slap. Its a law that protects journalists against lawsuits meant to harass and hinder their 1st Amendment rights. On August 4, 2020, my outstanding attorney Kory Kaplan won the Anti-Slap lawsuit against Kassee which ended her defamation case. Kassee is now liable for $16K as of today.

Kassee also sued Steve Sanson for posting our stories on his website and Facebook page. This is Sanson’s third Defamation case he’s won this year. The two others were decided by the Nevada Supreme Court in published decisions in his favor.

Clark County District Court Judge Trevor Atkins, a solid law and order judge, presided over our case. Judge Atkins said when he announced his decision “I believe in the first amendment!”