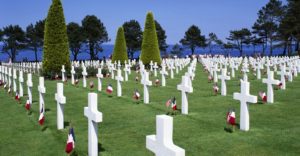 On this Memorial Day, we remember the millions of Americans who gave their lives for our freedom and the freedom of Europeans in World War I and II and the Cold war. So it’s taken with great offense that German Chancellor Merkel claims this weekend that the U.S. is not a good ally anymore because President Trump is asking deadbeat European Nations to pay their fair share of Nato costs.

After President Trump demanded that Nato allies pay their fair share for their own defense costs and he kept his campaign promise to withdraw from the Paris Climate Change Accord, German Chancellor Angela Merkel declared the US is an “unreliable partner” now. 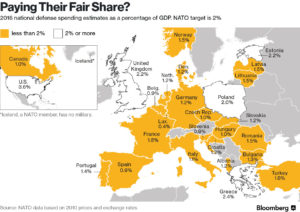 U.S. liberals for years claimed generous European welfare states and “FREE” healthcare was a model we should emulate. But those liberals forgot that the U.S. was paying the bulk of their military defense costs in reality subsidizing those lavish welfare states. According to reports in the Washington Examiner and other news sources:

Referring to “chronic underpayments,” Trump said 23 of the 28 member nations are “still not paying what they should be paying … for their defense.”

“This is not fair to the people and taxpayers of the United States,” Trump said. “And many of these nations owe massive amounts of money from past years and not paying in those past years.”

“If all NATO members had spent just 2 percent of their GDP on defense last year, we would have had another $119 billion for our collective defense and for the financing of additional NATO reserves,” Trump said.

Merkel is running for re-election and is clearly posturing for her voters. Merkel has opened her nation’s doors wide open to Muslim refugees resulting in a surge in violent crime and welfare costs. Germany has been one of the chronic deadbeat nations in Nato paying just 1.1% last year compared to the U.S. paying over 3.65 of its GDP as required by Nato rules.

Perhaps German Chancellor Merkel could just say thank you today on Memorial Day to the U.S. for providing the defense of her Country for the past 70 years and pay her nation’s bill.