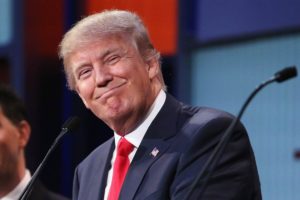 Recently, the Trump Administration stripped Fish and Wild Life Service officials of their policing authority including their guns.

The U.S. Fish and Wildlife Service (FWS) announced to employees on Sept. 21 that refuge managers who were also trained to police the area would no longer be able to act in any enforcement capacity and would be stripped of their firearm, according to an internal FWS email shared with The Hill.

As Reported in the Hill:

“It means there will be lots of violations, wildlife violations as in over-bagged hunting areas, damaged fences, signs, roads and all kinds of damage to the environment. If there is no one there to enforce the law, that would spread like wildfire,” said Kim Hanson, who retired from FWS in 2008 “It’s an extreme disservice to the American people because they expect us to take care.”

“In the 21st Century the threats facing visitors and wildlife are more complex than ever. Protection of the National Wildlife Refuge System now requires a full-time officer corps that combines a concentrated effort on conservation protection, traditional policing and emergency first response to protect, serve and educate the public and Service staff.”

On January 2, 2016, Ryan Bundy and his group occupied the Malheur National Wildlife Refuge in Harney County, Oregon, demanding and end to the policing powers of the FWS. The federal government failed to prosecute the Bundys in court and Ryan Bundy is running for Governor of Nevada this year.