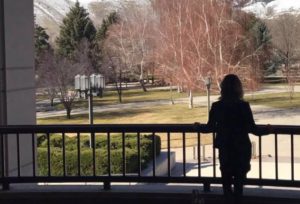 As a sexual assault survivor and sitting Senator at the time I was sexually assaulted let me tell you why I believe the current Supreme Court Justice confirmation hearing is less about sexual assault, Judge Kavanaugh, or his accuser Dr. Ford and all about Power and Control.

Not one of my republican elected colleagues in the Senate or Assembly called me to ask if I was ok, if my children were ok, if we needed anything or even ask what was going on. Only one elected Democrat colleague in the Senate and elected democrat colleague in the Assembly called me. Not even after my attacker’s arrest, not after my home kept being broken into both when I was at home and away from the house, no calls when CSI came out to my house about the bullet hole in my window, not when my bank account was drained, not when I was being stalked and recorded leaving my house. (I could go on but you get the point) and yes I was sent a copy of the video of me driving with voices in the video… that’s how brave my abuser and his friend was.

I later was made aware by a reliable source leading up to his arrest some thought I was dead and was told legislative police had looked for me in northern Nevada. Democrats had been talking publicly about me stepping down but it was an elected Republican Senator who had in the middle of all this hardship, who personally called me (1) He admitted “Elizabeth you were telling the truth”, (2) admitted to going to coffee with my attacker (no he didn’t go to coffee with me, his colleague… but he did go to coffee with the man who assaulted me) and (3) in a later phone call he called me to resign. *by the way this republican senator is currently running for Lt. Gov in Nevada. 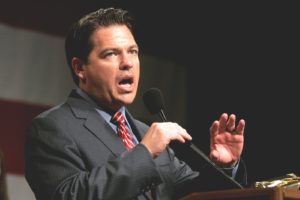 Following that began the character assassination to discredit me and to alienate me. My suspicion of their reasoning for this behavior toward me is jealousy, power, control, and because I stood against politics as usual. I have police reports, signed affidavits, and further documentation and yet still my character was assassinated.

Of course I want, and believe our Country needs, a Conservative type in the Supreme Court but my post isn’t about that. My point is, do not be fooled by what you see in the news or online, this investigation and hearing is not about fact finding about sexual assault. Politicians didn’t care about me or my children and my sexual assault, or character assassination, their actions certainly have proven otherwise. What you’re seeing in regards to the Supreme Court seat, I Believe, is about power and control.

I was put in a situation where I turned into survival mode for my children and myself. I had a lot to say and should have said it, in fact I contacted people at the time to help me get the truth out and they didn’t want to help, still I should have been more persistent and vocal about getting my story out. If I could do it over again I would have done that differently but regardless, I did tell people, I did have evidence, my attacker admitted it and still they wanted to silence me.

I hope the US Senate Republicans vote for a conservative for the Supreme Court quickly and don’t fall for this political game. Don’t be like the republican elected officials in Nevada in 2015 who had control of the executive branch and both the senate and assembly in 2015 and squandered it. They had the opportunity to do good for the people and pass important legislation and they didn’t. Horrible leadership in the Nevada senate that session. I hope our federal senators don’t make the same mistake because I’m not sure they will keep the majority in the senate after the midterms. 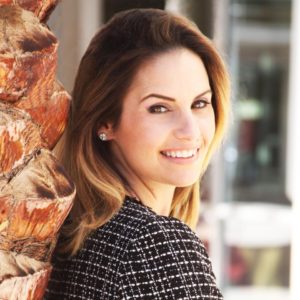