ROBERSON NOT A SURE BET WITHOUT SUGAR DADDY SANDOVAL

ROBERSON NOT A SURE BET WITHOUT SUGAR DADDY SANDOVAL 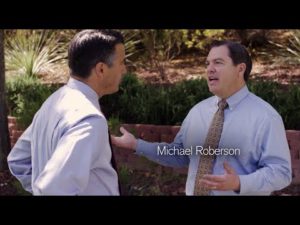 This week Michael Roberson’s scamy attempt to steal 3 Senate seats from Democrats in a first ever recall effort failed miserably, coming up short of the necessary signatures. Governor Sandoval openly opposed the effort to recall Dem Senators for no legitimate reason along with many principled Republicans who felt it was an abuse of process and feared to start of endless recall wars.

But everyone saw through his Machiavellian plan as just another slimy Roberson power grab. And now it’s he has officially failed, again without Sandoval backing him.

So the real question to come out of this mess Roberson created is, can he hold power without his sugar daddy Governor Sandoval’s support? Is Roberson so badly damaged by screwing base Republican voters by supporting Sandoval in 2015 that his career is about to end in 2 months in a messy primary with challenger and faithful Republican public servant Brent Jones?