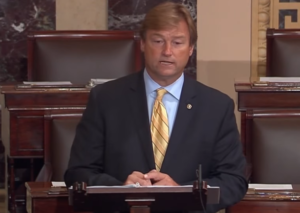 This morning in Washington D.C. the U.S. Senate voted to close debate and move to vote to confirm President Trump’s nominee Judge Kavanaugh to the U.S. Supreme Court. The other Senator from Nevada, Catherine Cortes Masto voted against confirming Judge Kavanaugh.

With early voting set to start a couple of weeks from now, Democrats are certain to make Heller’s vote for Kavanaugh an election issue. The FBI spent the last week investigating the Judge and found no wrong doing, clearing the way to vote to close debate and move to vote on Saturday to confirm Judge Kavanaugh.