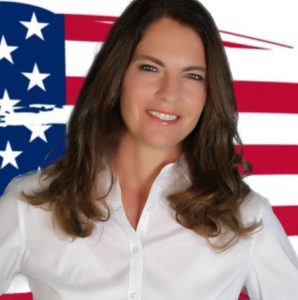 Apparently Assemblyman Paul Anderson is worried about the upcoming Primary.  He has come out with a seething response to the claims of his opponent.

Here are some excerpts from his rant, with my comments following:

“Last legislative cycle there were legislators who were useless to their constituents and the people of Nevada. You know the types, they just sit back and criticize anyone who is actually working, trying to solve the problems Nevada faces. This type of legislator only works on bills that will benefit them personally.”

We all know to whom he is referring. He is referring to the dozen or so Legislators who worked their butts off, some in heavily Democrat districts and prevailed.  They did this with a promise to NOT raise taxes and to tackle the issues their constituents sent them there to deal with.

Paul despises those who did what he could not do himself.  He loathes those who stuck to their principles and kept their word to Nevadans.

“It became very obvious to anyone in Carson City how useless and undeserving of leadership roles these people were. When they did not earn any responsibility or leadership positions they decided that they would do whatever dirty trick it took to take over leadership. And if they couldn’t do that they would mindlessly oppose those who were working to make Nevada a better place to live. The historic accomplishments of the 2015 Nevada Legislature were made in spite of these people, not because of them.”

Undeserving of leadership roles he says. Really?  The Assembly is the closest form of state government to the people. Are you saying the people do not deserve a voice?

Just what makes one deserving Mr. Anderson?  Which of your leadership qualifications has made you “deserving?”

Is it the ability to get elected in a heavily Republican District?

Is it your propensity to stand in stairwells threatening and physically bullying other legislators to bend to your will as you did with Assemblyman John Moore?

Or was it your experience sitting in your chair while the Democrat Majority ran roughshod over the citizens of Nevada year after year with YOUR cooperation?

Does leadership require that one know how to steal donated funds meant for the entire Republican Caucus through a PAC and dole it out to the ones who kiss your ring?

You have repeatedly been asked for an audit of around $200,000.00 that has disappeared.

Is making money meant for the entire caucus disappear something that makes one DESERVING?

YOU WERE offered a leadership position in the beginning, right after the election. Unfortunately, the position you were offered, in and of itself,  would not allow the passage of the largest tax increase in the history of the state. You had to revert to subversion, trickery, and what looks like outright bribery to accomplish your goal carrying water for the Governor.

Any child can look into the financial reports of the single swing vote for leadership, and count the thousands of dollars that leadership poured into his campaign account in a blatant purchase of his vote.

This swing voter tried the same thing with us. He repeatedly whined about how much of his own money he spent on his campaign. We told him we would try to help him raise money along with everyone else, but otherwise he could pound sand. We simply encouraged him to do the right thing and keep his word, the word he campaigned on.

Maybe what you are referring to, Mr. Anderson, is that we did not EARN leadership because we refused to PAY MONEY FOR IT.  Is that what you saying Paul?

“Now, not having anything positive to run on, these people are lying about what actually happened at the Legislature. Well, I can no longer sit back and let my friends and neighbors be lied to.”

He goes on to defend the indefensible and lie as I will prove:

There have been several mailers, blogs, emails, and social media posts saying that there is a “Bathroom Bill” that passed that will allow boys in girls’ locker rooms and showers at school.

The only way I can describe these are, Blatant Lies by Political Opportunists.

THE LIE:  SB504 (or Senate Bill 504) is a “Bathroom Bill”.  The liars are saying “this bill gives special rights to transgender children to use showers, locker rooms and restrooms. It allows teenage boys to shower with your daughters”.

THE FACT:  SB504 is an anti-bullying bill designed to protect our kids that became a high priority following the suicides of children that were being bullied by fellow students. The bill creates an office in the Nevada Department of Education that helps coordinate state standards related to bullying issues identified in the state.

Here is where Anderson begins to assume that Nevadans are idiots.  The bill is already being cheered as a victory by groups that support co-ed bathrooms.  Here is a legal analysis:

And the law is already being used by the ACLU for that very purpose.

Here is a further explanation of the result of the new law along with Assemblymen Ellison and Wheeler both explaining that the bill was “sneaked” through BY ANDERSON.

Here is what Anderson is claiming:

“THE LIE:  The bill was passed secretly and none of the legislators had a chance to read the bill.

THE FACT:  SB504 had 17 hearings in the Nevada Senate and Assembly and it was 48 days from the time it was introduced to the time the Assembly voted on it. Not once in any of the 17 hearings, or during the months the bill was discussed, did anyone testify, argue, or even mention the idea that SB504 had anything at all to do with issues related to transgender students and bathroom/shower use.

If after 17 hearings (see below for links) and more than a month and a half on the docket a legislator says they didn’t read the bill then then that legislator shouldn’t be there.”

So Anderson has two Legislators with just as much or more experience in the Legislature (Wheeler and Ellison) making a claim that is in direct contradiction to his claim.  There are many others who will join Wheeler and Ellison in that charge.  But you do not have to believe me OR the other Assemblymen, you can see how it happened for yourself. The discussion of the bill starts at 1:10:40

Anderson is lying to Nevadans by failing to disclose the fact that this bill was one of the ONLY EMERGENCY BILLS of the entire session.  We passed around 500 bills, yet this was the ONLY one brought forth as an emergency measure in this way.  SB504 was NOT on the agenda to be voted on that day. The RULES HAD TO BE SUSPENDED in order to bring it to a vote outside the normal agenda!

Nevadans might also want to know this: Whenever a bill was something being PUSHED through by the Governor, it was easy to tell……His staff would make the rare entry into the gallery and sit like crows on a power line monitoring the situation till the bill was passed. This bill was one of those situations. You can almost feel the fear in Paul’s voice as he performs in the video in front of this audience.

Paul knew this, that is why he, and every democrat with that particular agenda were desperate to sneak this bill in without allowing the conservative caucus the time to read it. As you can see from the floor session video, it was like Abraham bargaining with God to save Sodom if there were only ten righteous people left. First we asked for a day to read it, then we pleaded to at least have till 5pm to come back to vote on it, and eventually Erv Nelson asked for a lousy 30 minutes!!!!

Paul, your puppet master routine was transparent as you directed the Speaker to deny all requests for further time to digest the bill.

Of all bills why was this one an emergency? We passed around 100 bills the last day of session.  Why did this one have to be passed weeks before the end of session as if we were running out of time???

I know why. You were just following orders. You thought the promises of campaign resources would put you back in office in spite of your betrayal of voters. I hope you were wrong, Paul.

I trusted Paul Anderson.  He told me the bill had not been modified from our initial hearings and that the only wording changed was for the purpose of making sure it conformed with Federal Law allowing us to save millions.  He knew my stance. He knew I supported the prior bathroom bill that would have accomplished the opposite of this one.  Paul voted for that bill too. But so did many of the RINO caucus once they saw the bill had enough “no” votes to fail.  That is their old trick. They will vote for something they have railed against on the floor once they see it will fail. (See AB375 vote video – particularly the rantings of Chris Edwards AGAINST the bill before he votes FOR IT once he sees it is going to fail – this is a trick politicians use to fool the voters)

Paul used my trust in his leadership to further his own agenda of being waterboy for the Governor. He lied to me. I will never trust him again.

I was sitting at my desk on the Assembly floor after the vote reading a text from an advisor informing me of the troublesome language and its implications when I realized I had misplaced my trust in Paul Anderson……too late.

When will you realize it?

Will it be too late?

Hopefully it will happen before election day this coming Tuesday.