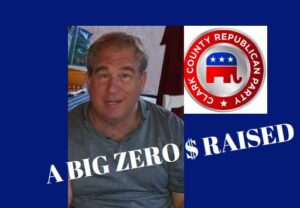 On October 10, 2019, the Clark County Republican Party filed their quarterly report with the Nevada Secretary of State. According to the report signed under penalty of perjury, they raise ZERO dollars and paid out Zero money. That means they failed to pay their monthly rent on the office that was vandalized last recently. When 360 News called today to ask about the report, they hung up.

But their report doesn’t add up. It also states some $8,000 in expense but fails to list them. 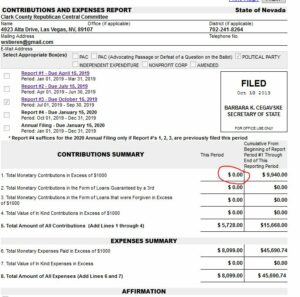 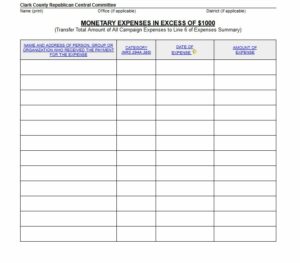