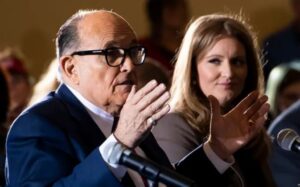 Yesterday, in front of the Republican controlled Pennsylvania State Senate Committee, Senior Legal Advisor to the Team Trump, Jenna Ellis, put on a full court presentation proving, with eyewitnesses and evidence, that Democrats in Philly stole the election by actively denying Republican poll watchers access to the vote counts, while some 600,000 Biden votes miraculously appeared in the wee hours of the morning on Nov. 4, 2020. 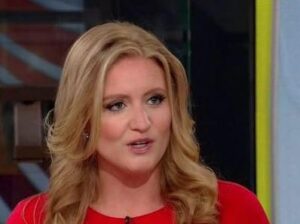 Violent threats were made by Democrat poll officials towards Republican certified poll watchers. A Philly court ruled poll watchers didn’t need to actual see the counting process. The corruption was staggering until one realizes it went on in Clark County, Detroit and other battleground states. One poll watcher witnessed someone upload dozens of memory sticks into the computers without any supervision. Dominion Election System was unlawfully connected to the internet according to Rudy Giuliani, sending the votes to be tabulated in Frankfurt Germany.

Ellis and Giuliani argued this was a planned and coordinated effort across battleground states that took place at the same time in the early morning of Nov 4, 2020 when Dems realized how badly Trump beat Biden. Giuliani went on to say “They never dreamed they would loss so badly, so when they stuffed the ballots boxes they got caught.” “I’ve prosecuted crooks all my life. If you give a crook a inch, they’ll take a mile. If you give them a mile, they’ll steal your country.”

After eyewitnesses testimony by half a dozen witnesses, Jenna Ellis argued for the Republican controlled Pennsylvania Legislature to use their powers under Article 2 Section 1 of the U.S. Constitution, which gives state legislatures the sole authority to determine electors, to void the corrupted election results, and support President Trump for reelection.

The Republican Senators were very receptive to the suggestion and seem to be moving that direction. If the Pennsylvania Legislature moves forward and votes for President Trump, voiding the fraudulent election results, and Detroit Election board members continue to refuse to certify their election, the Michigan Legislature may be incline to vote to void their election too. That moves the dial, giving Pres. Trump 268 delegates. Two Legislatures voting to void their elections gives cover to Wisconsin and/or Georgia, which could give Trump the election.

But the other option is, the legislatures could refuse to give either Trump or Biden delegates throwing the race into House of Representatives, where Republicans hold the majority of State delegations.

Ellis and Giuliani closed their presentation calling for a special prosecutor to investigate the election fraud and the officials who broke Pennsylvania laws. Ellis finished by saying, if your laws and statues were broken by election officials then you have the authority under the U.S. Constitution to take back your powers and vote for Pres. Trump. Pennsylvania Sen. Doug Mastriano (R., Franklin) was extremely supportive of Ellis’ suggestion.