ASSEMBLYMAN DAVID GARDNER PAID HIS WIFE OVER $10,400 IN CAMPAIGN FUNDS

Assemblymen are only authorized to receive pay for the first three months of the legislative session, causing some to question if Mr.Gardner used campaign funds to get around the law.

Mr. Gardner is a lawyer, and was re-elected in the Republican primary last week with more Republicans voting against him than for him, but because votes were split among his two rivals, he won.

CLICK HERE TO VIEW GARDNER’S PAYMENTS TO HIS WIFE: 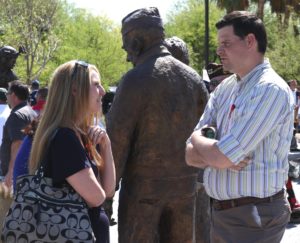