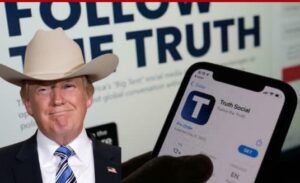 After FB and Twitter banned President Trump some 10 months ago, banned conservative talk show hosts and media folks, shadow banned opposing views, de-platforming average people for daring to question the lies from the media and the government, President Trump has officially launched his own social media site.

With a host of new competing social media sites not officially endorsed by Trump that were floundering, President Trump officially is launching his own site called Truth Social. A new site will test FB and Twitter’s staying power as millions promise to flock to Trump’s new site. While FB and Twitter’s leadership clearly hate Republican conservatives, they love our money and advertising value.

FB stock was flat today on the news of Trump’s announcement. The question now is, will FB fight for those conservatives to stay or let them go?

With 80 million FB followers promising to leave, will FB be forced to change its ways?