THEY ARE STEALING OUR COUNTRY RIGHT BEFORE OUR EYES

THEY ARE STEALING OUR COUNTRY RIGHT BEFORE OUR EYES 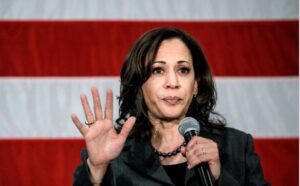 I called the election last night at 1:30 am, because Wisconsin, with 94% reporting, had Pres. Trump up by 2 to 3% points. Michigan was reporting Trump way up, with 77% reporting. But I awoke to Biden up by almost 30K votes in Wisconsin, with now 95% reporting and Biden up in Michigan by around 30K votes. That means about 90% of the votes that came in over night, in both states, broke for Biden.

What’s really interesting is that if Trump carries Pennsylvania, Georgia, North Carolina and Alaska, he could win if he carries Nevada. And to top it off, Clark County is pausing its vote counting and reporting until Thursday, according to reports.

Either way, President Trump will fight this in the courts and he could force the election into the House of Representatives where he could actually win. IN the House, under the Constitution, the President needs to win state delegations not individual members of Congress. Republican State delegations, as of now, outnumber Democrat State delegations.

But we are all in for a roller coaster ride this entire month as the Dems and the media try to discourage and count us out. Violence in the streets has already started, from the left of course.