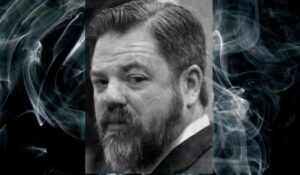 In 2015, the Republicans controlled the Nevada Assembly, the State Senate and the Governor’s mansion for the first time in 50 plus years. So instead of cutting government spending, cutting taxes and strengthening the economy, Roberson jammed through the largest tax increase in the history of the state of Nevada imploding the party with it.

Doing Gov. Sandoval’s bidding like a good little jihadi, Roberson believed he would be rewarded after. But just like all suicide bombers learn, God doesn’t reward them and neither do Republican voters.

Roberson got his reward, he received a ton of money when he ran and lost in the Republican Congressional CD3 primary in 2016. Roberson lost his bid for the 3rd Congressional District to Danny Tarkanian by twelve points, even after outspending him 5 to 1.

Sure he tried to reinvent himself with a PAC to stop Sanctuary Cities, but he could not outrun his record of passing driver’s licenses for illegal aliens. He tried to explain away his tax increase as help for our schools which never got out of last place following his $1.3 Billion new business tax. In January of 2018, 360 did an online poll to see how many folks supported Roberson for Lt. Governor. Now it wasn’t scientific but it certainly reflected Roberson’s lack of support. Over 84% opposed his candidacy.

So when Adam Laxalt chose Roberson as his running mate for Lt. Governor everyone was shocked. I was not surprised when Laxalt lost the election. I wrote an oped titled “MICHAEL ROBERSON IS UNELECTABLE & THREATENS LAXALT’S CAMPAIGN”.  But what was even more shocking was the beating Roberson took. He lost his race so badly that, “none of the above”, plus his votes still didn’t add up to victory for him. Again,he had all the king’s gold in that race.

Yesterday, every single Republican State Senator voted against the new taxes purposed by Dems. One Repub Senator almost broke off but was scared straight by the other Repub Senators. The ghost of Mike Roberson scared them into submission, because every Senator wants to be more than just a State Senator. They all have dreams. Roberson taught them that all the money in the world can’t overcome betraying your base voters on a key issue like taxes and immigration. Sen. Settelmeyer knows if any one of his folks voted for the purposed Dem tax increase he will get the blame as the caucus leader and his dreams of running for higher office in the future would suffer the same fate as Roberson. But Settelmeyer also gets the credit for holding the line on new taxes and defeating Gov. Sisolak and the Dems this week in the special session. The Ghost OF Mike Roberson visited him in the night and scared him and his caucus straight. Politics is about the long game, a game that never ever actual ends. 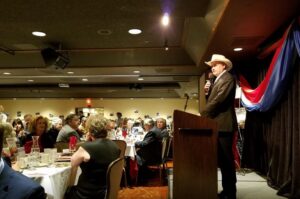