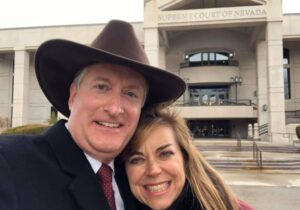 According to Court filings and published reports, Margaret Pickard’s company, Truth in Postings, would charge folks up to $499 to get cheating sex photos and other embarrassing materials removed from Cheaterville’s website. In fact, Pickard’s partner McGibney was sued in Federal Court four times between 2013 and 2015 for “Defamation, extortion, blackmail and RICO violation”. According to published reports, every single person who paid the Pickard’s company had their Cheaterville site materials removed. 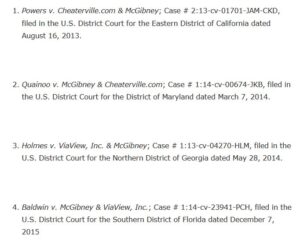 According to published reports, the Pickards raked in $28,000 per month operating their “Truth In Postings” website. The Pickards then allegedly kicked back money to McGibney by purchasing “advertising” through ViaView, Inc. Margaret Pickard was sued in Federal Court accused of engaging “in racketeering and extortion to profit from the removal of the defamatory materials.” 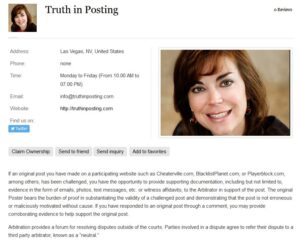 Direct from the Federal lawsuit filing:

Complaint Plaintiff alleges that Defendants unlawfully published defamatory material about Plaintiff and engaged in racketeering and extortion to profit from the removal of the defamatory material. Plaintiff alleges violations of the Racketeer Influenced and Corrupt Organizations Act (“RICO”) 18 U.S.C. § 1961, et seq. as well as claims for defamation, intentional infliction of emotional distress, and violations of Georgia’s common law right of publicity and the Georgia Fair Business Practice Act.

2 Plaintiff’s claims of racketeering and extortion arise because reportyourex.com directs those seeking to have posting removed to visit the websites truthinposting.com, removemyname.com, or remove names.com. (2nd Amd. Compl. ¶ 47.) These services claim to be independent arbitrators who, for a fee, may be able to assist in removing a posting. (2nd Amd. Compl. ¶¶48-49.) Plaintiff alleges that Defendant Collins owns reportyourex.com as well as several of the removal arbitration websites,resulting in conspiracy and extortion of people who are posted about on repourtyourex.com 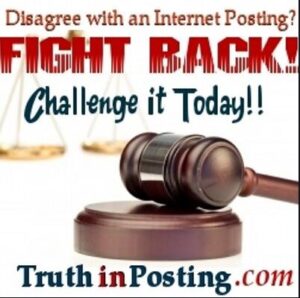 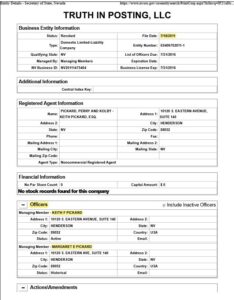 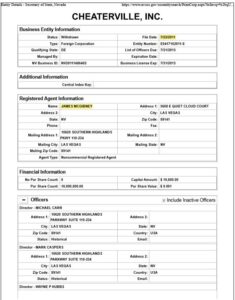