THE FIX WAS IN TO KILL MAIL-IN-BALLOT INITIATIVE?

THE FIX WAS IN TO KILL MAIL-IN-BALLOT INITIATIVE? 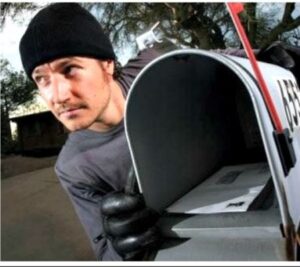 Elected Carson City District Court Judge Wilson was removed from the case by Democrat Lawyers’ peremptory challenge. Then Judge Russell recused himself for a conflict of interest with the NV Secretary of State. But Judge Russell had the same conflict with the NV SOS when he heard the Trump election fraud lawsuit back in 2020. Then the Dem ruled NV Supreme Court appointed Family Court Judge and lifelong Democrat Leftist Judge Frances Doherty to hear Democrats’ challenge to a Ballot initiative to end Mail-in-Ballots in Nevada launched by Republican Dave Gibbs.

Gibbs’ petition is a Referendum Initiative that asks the voters to approve or disapprove three parts of Assembly Bill 321 that was passed by the Legislature in 2021: automatically mailing ballots to all active registered voters; ballot harvesting; and, allowing the elections department to count mail-in ballots received after election day that do not have readable postmarks.

“The second change that the Petition would make would be to revise the vote by mail process to require Nevadans who vote by mail to include an identifying number from one of several specified government-issued documents with their mail-in ballots. Voters who possess a Nevada driver’s license would be required to list the last four digits of their license numbers, those who lack a qualifying license would list the last four digits of their Social Security numbers, and those that have neither a qualifying license nor a Social Security number would list a special number provided for this purpose by the county clerk when they registered to vote.”

The plaintiffs in the lawsuits claimed:

“In reality, the negative effects of strict voter identification laws like those the Petition proposes are well documented, and the need for such measures to safeguard “voter integrity” and prevent voter fraud has been widely debunked and discredited. One widely-cited study found that as many as 11% of U.S. citizens-or more than 21 million Americans-do not have government-issued photo identification. The shortfall does not fall evenly across all demographics: Black, Hispanic, young, and low-income voters are many times more likely to lack these forms of identification than their respective white, non-Hispanic, older, and higher-income counterparts. And the combined cost of document fees, travel expenses, and waiting time needed to obtain even ostensibly “free” identification cards is has been estimated to range from $75 to $175, making it cost prohibitive for many eligible voters to rectify their lack of identification.”

They also argued that Repair the Vote’s initiative characterized as a “voter integrity” initiative is misleading. “The description of effect is utterly silent on the impact that the measure would have on eligible Nevada voters’ ability to successfully exercise their right to vote, should it be enacted.” Due to this, the plaintiff’s argue that the measure’s description is “legally deficient because it is argumentative, confusing, deceptive, and misleading” and in violation of Nevada law.

They also sought an injunction against the Repair the Voter Initiative claiming that Repair the Vote’s official description as restoring voter integrity is, “..the description of effect is also misleading because it fails to give a complete and accurate accounting of the Petition’s effects.” 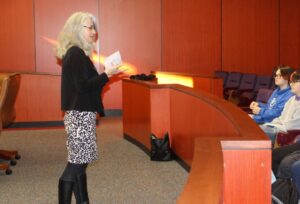 Now many folks are slamming Democrat Leftist Judge Frances Doherty for not recusing herself as well. 360 News has learned that Judge Doherty donated to Democrat Washoe County School Boards Trustee Kathryn Simon Holland and was clearly biased. And all of her donations were to Democrats, not one Republican. The Dems ‘ lawyer argued that the langues used by Repair the Vote to describe the ballot initiative was misleading and so it should be thrown out.

Now we know why Nevada was rated as the most corrupt state in the country.