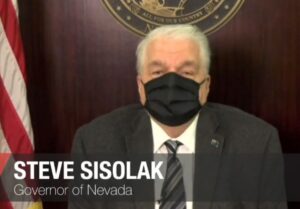 With little to no clue about the threat CV19 posed in 2020, Gov. Sisolak locked down the state and imposed draconian rules and authority, including banning lifesaving drugs like hydroxychloroquine. According to Nevada State Government official numbers, on December 20, 2020 CV19 killed 3,000 Nevadans.

In December, 2020 three CV19 vaccines were given emergency authorization by the FDA and, according to the Nevada State Government, more than 3 million doses were administered. 57% of all adults are fully vaccinated. The Governor just last month defended in Federal Court his mask mandates for all of Nevada including all public school children. 42 other states lifted their mask mandates last year. And yet today the Governor’s polices have resulted in more than 5,300 new CV19 deaths in 2021, a 175% increase over 2020. Even by government standards that’s a complete failure. Nevada stands at 276 deaths per 100,000 people since the beginning in January 2020. 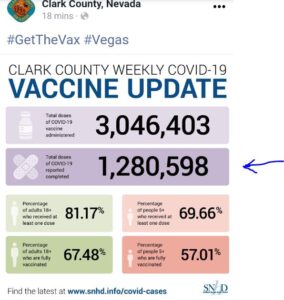 Yet, even this week, Sisolak attempts to measure his success fighting CV19 to the number of Nevadans fully vaccinated, Shouldn’t the measure of success be the number of lives he saved this years?

Joey Gilbert sued Sisolak over his ban of hydroxychloroquine back in April 2020.