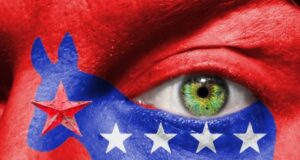 The entire Nevada Democrat Party leadership was replaced this week by a socialist slate of candidates. The party’s executive director, Alana Mounce, resigned in the wake of the Socialist’s take over.

The Democrat Socialists of America (DSA) who ran “The NV Dems Progressive Slate” for NV Dem leadership are dues paying members of the DSA.

But to many Republicans there’s not much difference after this last year of extreme left wing policies. But the rift means the establishment Dems will finance their candidates as usual but expect the newly empowered NV Democrat Socialists to run their own slate in extremely competitive primaries.