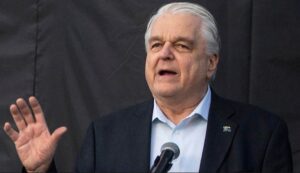 The Nevada State Board of Pharmacy responded yesterday with numerous redacted emails to 360 News Las Vegas’ FIOA request. One email caught our attention. An email that demands public debate.

The email (see below attached) was from a Walgreens employee named Alexandra who emailed the Nevada State Board of Pharmacy seeking permission to fill a prescription on March 22, 2020. The next day Nevada Governor Steve Sisolak signed a State of Emergency Declaration barring Nevada Doctors outside hospitals from prescribing the anti-malaria drugs chloroquine and hydroxychloroquine for use against the Corona Virus and limiting how many a pills a patient can receive for “approved” uses, unrelated to the COVID19.

The prescription for hydroxychloroquine wasn’t from some random doctor seeking to hoard the meds. This was from an ER Doctor seeking to protect himself from COVID19. But instead of protecting our front line Doctors with medications, the Pharmacy Board (No doctors are on the Board) followed the brand new Emergency Order signed by Gov. Sisolak and denied the ER Doctor the medication on March 23, 2020. The Nevada State Board of Pharmacy spokesperson confirmed that yes, their policy still as of today is to deny hydroxychloroquine ER Doctors and nurses as a preventative measure.

Two healthcare workers died of COVID 19 in Reno this week according to reports. According to the Reno Gazette, one of the deaths was an intensive care unit Nurse. The second woman in her 30’s worked at a Youth Hospital.

According to a Doctor we spoke with who did not want his name published out of fear of reprisals by the state said, “The Governor’s description of Doctors hoarding hydroxychloroquine selfishly without medical merit is completely false. Doctors treating patients on the front line, whether in their offices or in Hospitals decided, based on their experience, education and all available data, that hydroxychloroquine could provide them and their families protection from COVID19 so they could continue to work 16 hour days saving lives instead of sick and dying from this highly contagious virus. Doctors and their patients, not State Pharmacy Board bureaucrats or politicians should be making medical decisions about who should and shouldn’t receive potentially lifesaving medicines and therapies.” 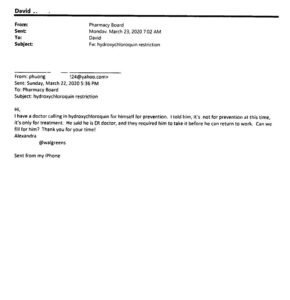