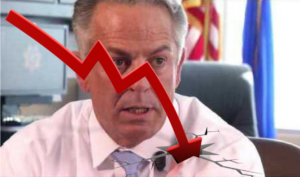 Sheriff Lombardo has had a tough run the last several months. In February, President Trump’s administration declared Las Vegas Metro Police and Clark County the number one sanctuary city violator in the nation. Then the crime numbers for Clark County came out for 2016 and they were the worst in 20 years under Lombardo. Homicides were up in 2016 by 88% while arrests were down by 29%, even after the Nevada Legislature approved more money for cops. Then the Vegas Mass Shooting hit and Lombardo went from a hero to a national zero in less than two weeks after changing the shooter’s timeline 3 times, kicking journalists out of pressers and being torn to bits on FOX News nightly and local talk radio.