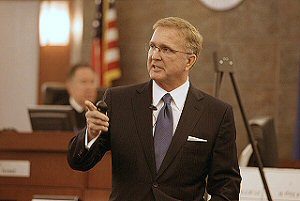 In Carson City, Eglet testified before the Judiciary Committee yesterday in support of SB287, The Protection of Children, Act requiring:

The powerful teachers unions are fighting the bill, causing an internal fight within the Democratic Caucus, but Eglet has powerful allies in Carson City on both sides of the aisle.

CCSD Trustee Kevin Child said “I fully support reporting to a federal registry, not just state, if a teacher is convicted of child abuse, but not for just a report. Everyone is entitled to due process”. Trustee Child does not support disclosing abuse reports before convictions are obtained.

Often children who have been victims of child abuse suffer in silence. Please reach out for help. If you or your child has been a victim of child abuse in CCSD please call Robert T. Eglet at (702) 450-5400.