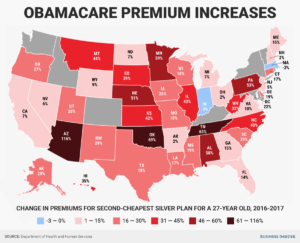 Somehow Democrats are convinced that throwing women $10 a month worth of free birth control pills makes up for $6,000 deductibles for individuals and up to $14,000 for a family of four, the tripling of premiums since the start of Obamacare, losing your Doctors and your plans and having no choice of insurers in most counties now in the US. Outside of Clark County, most of Nevadans have one insurance company, that’s it.

Obamacare is a failure unless you are an illegal alien or on welfare. For those Democratic constituencies, Obamacare is the greatest thing since Obama phones. But for the middle class who have seen their premiums and deductibles soar, it’s obvious that Obamacare was nothing more than a welfare program discussed as health Insurance reform.

My catastrophic health insurance back in 2009 cost around $80 per month with a $1,000 deductible. But now that same policy costs $600 per month with a $6,000 deductible, accept I now get free birth control thrown in. And that is how Democrats are attacking the efforts by Republicans to repeal and replace Obamacare. They openly admit there are “problems” with Obamacare and say we should fix those problems. But those problems are at the heart of the fatal flaws in Obamacare and why it was doomed from the beginning to fail.

The solution to covering people with pre-existing medical problems is to put them in a high risk pool funded by Medicaid. Then the healthy people can get cheap coverage, like they used to for $80 per month, and covering more people in the end.

Republicans have a fundamental objection to the idea of government forcing people to buy a product (health insurance) at a bloated price. We would all like to own a business where government forces people to buy our products at whatever price we set. That’s not my idea of freedom.

I would also argue the middle class are paying inflated prices for their care from hospitals and doctors subsidizing Medicaid who stiff most doctors and hospitals, paying only a fraction of the real costs. 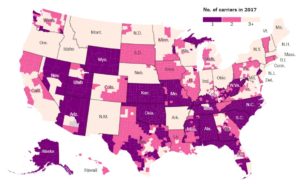 Here’s a novel idea, cover those people who are truly sick, with preexisting medical conditions, and let the rest of the people buy what they want, from whom they want, or negotiate their medical costs directly like plastic surgery. Plastic surgery is the perfect medical model for our health system. Doctors compete for patients on price and quality, offering payment plans resulting in an increase in the price of medical procedures by just 30% over the last 20 years compared to 118% for the rest of the industry. 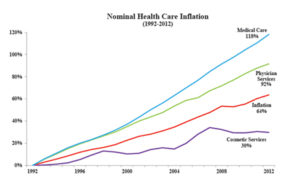 It’s not just conservative talking points or theory, the charter above proves the free market works if given a chance, even in healthcare.