ROB LAUER CALLS ON HELLER TO STEP ASIDE IN 2018 RACE

ROB LAUER CALLS ON SEN. DEAN HELLER TO STEP ASIDE IN 2018 RACE 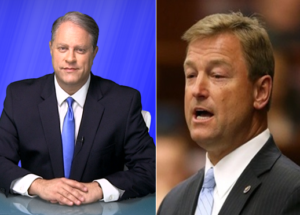 Only 5% of Nevadans in a recent poll say Senator Heller has done an excellent job and only 19% of Republicans say they still stand by him. And in a recent poll published in the Hill, Heller is already trailing Jacky Rosen by 1 to 3% points. The fact is, Heller has already lost and if he continues to run he will drag down the entire Republican ticket in 2018. It will be Joe Heck 2.0 all over again.

It’s time Dean Heller does the honorable thing and saves the Republican Party a huge, expensive and divisive primary. In 2010, I ran for Congress in the primary against Joe Heck. But in February 2010, after seeing Joe Heck and I both raised around $150,000 each, and Dina Titus had already raised $1.2 million, I felt who ever won the primary was certain to lose the general election if we went on any further. I bowed out and Joe heck went on to win and the rest is history.

Being a U.S. Senator is about Public Service and it’s a privilege and an honor to serve the People of Nevada. It’s not about power and ego. If it is then you are in the wrong job.

I am not calling on Sen. Heller to step aside not because I have any personal negative feelings towards him but because I truly feel it’s the right thing for our party and our state at this time.

Please, Senator Heller, step down and work with the party to support a candidate that can win and continue your legacy of service.