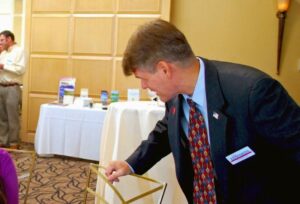 Republican Assemblyman Tom Roberts continues to gather political power within the extreme liberal Republican Caucus by funding the campaigns of RINO’s like “Dennis the Menace” Chris Edwards in Mesquite. Edwards is facing off against Conservative Mesquite City Council Woman, Annie Black. The two recently engaged in a Twitter debate in which Chris Edwards defended past tax increases, many of which occurred under on his watch over the past 6 years. Not once did Edwards express any concern for the struggle small businesses and citizens seeking tax relief.

Annie Black has led weekly rallies in Mesquite supporting small business by demanding Gov. Sisolak allow them to re-open. Chris Edwards has refused to participate in those freedom rallies.

1.)  Repeal of the Commerce Tax

2.)  Repeal of the Modified Business Tax on payroll wages

4.)  Statewide cut in the sales tax

5.)  Reduction in auto registration fees to a flat $50 per vehicle

6.)  Roll-back of the minimum wage

Annie said “Taxes and fees take money out of the wallets of Nevada’s workers and businesses.  Tax cuts put money back in.  That’s what’s called for here.  Now more than ever.” 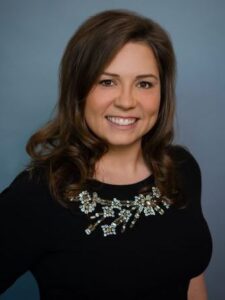 What started the whole thing off was a tweet Assemblyman Chris Edwards posted complaining about the incompetency of the Department of Employment, Training and Rehabilitation (DETR) in processing the unemployment claims of Nevadans who have lost their jobs due to the #SisolakShutdown.

“Situation at DETR continues to fail,” Captain Obvious wrote. “@GovSisolak needs to treat THIS as an emergency & fix it fast.”

Of course, this problem has been festering for almost two months now while Mr. Edwards has been missing in action.  In fact, he’s said absolutely nothing whatsoever about the DETR disaster until yesterday afternoon.

But I guess better late than never, right?

As Bruce Willis said in Die Hard, “Welcome to the party, pal.”

“And yet you continue to refuse to call for Special Session of the Legislature? You’ve been AWOL since the start of the #SisolakShutdown. At what point will you take some responsibility as our legislator for letting this go on?”

At that point, the debate began!

Grab some popcorn.  Here ya go…

EDWARDS: “It is foolish to call for a special session without a plan for what to do.  So what’s your plan? You’ve had weeks to develop one.  What is it? In progress? I bet you have nothing realistic to propose.”

BLACK: “Actually, I called for a Special Session way back on March 20 – while you were still mute & missing in action – including 7 recommendations for dealing w/the impending budget disaster. You can look ’em up here.  Let us know which ones you disagree with.”

EDWARDS: “Your ‘plan’ eliminates even more revenue than the shutdown! That’s a great way to bankrupt the state. You propose no CUTS to expenditures. What CUTS are you going to propose? How do you balance the budget as required by the constitution? Be specific and give realistic numbers.”

BLACK: “Ah, got it. Your solution is to RAISE TAXES. Again. Will you at least tell us this time which taxes you plan to raise, on who & by how much BEFORE everyone votes? Again, happy to have this debate Saturday morning at 9:00 am. Will you show up?”

EDWARDS: “How your mind thinks a call for SPENDING CUTS is somehow a tax shows you aren’t following the economics. I heard you have that problem at the city budget level. We don’t need that at the state level. How’s your city budget tutorial going? Any progress?”

BLACK: “When did you propose any spending cuts? Fact is, you’ve voted for billion dollar budget INCREASES in each of your 3 sessions in office. That’s your record. And you supported a massive $400 MILLION tax hike in 2015. Come on, Chis. Defend, explain & debate your record on Sat.”

BLACK: “So what you’re saying here is that YOU don’t want to call a Special Session because YOU don’t have a plan. If you do, let’s have a debate on our plans this Sat morning in Mesquite at the same place I’ve held my rallies. You know where it is. 9:00 am good for you?”

EDWARDS: “Don’t deflect. Where’s your real plan? Haven’t got one, do you?”

BLACK: “How is it a ‘deflection’ to challenge you to an in-person debate to discuss our plans? I’ll share mine if you share yours. But you won’t show up because YOU have no plan.”

EDWARDS: “Your last tweet was a perfect deflection.  Show everyone you have a plan NOW.”

BLACK: “YOU are the incumbent Assemblyman. It’s up to YOU to tell those YOU supposedly represent what YOU plan to do. But you won’t. Because you’d have to admit you have no idea what you’re doing or that you plan to raise taxes again. No wonder you won’t debate.”

BLACK: “Tax CUTS are only part of ‘Annie Black’s Blueprint to Make Nevada Great Again.’ When I release it, do you promise to release YOUR plan? Will you tell us this time which taxes you’re going to raise, on who & by how much?”

BLACK: “And while we’re at it, where have you been while our primary election has been turned into an all-mail ballot?  Why do you support this dream for Democrats? I called you out on this way back on April 8. Check it out.”

BLACK: “And thank you for confirming that you support the decision to change NV’s elections to all-mail, exactly what the Democrats want.”

EDWARDS: “Your attempts to twist my words is sad and pathetic.  You can’t follow the math. Now you don’t grasp the words.”

BLACK: “That’s because you speak out of both sides of your mouth – on the rare occasions when you speak up at all. So answer the question, straight for a change: Do you support the all-mail election? If not, why haven’t you spoken against it?”

At that point, Chris quit the debate.  But, BOY, did we learn a lot from it…

1.)  There’s no way he’ll ever show up and debate me on these issues in person.

2.)  He’s very thin-skinned and doesn’t take criticism very well.  He can dish it out, but can’t take it.

3.)  When challenged and painted into a corner, he gets rather condescending.

4.)  He won’t call for a Special Session to begin addressing the economic crisis because, by his own admission, he doesn’t have “a plan for what to do.”

5.)  He asked for my plan.  I shared with him my seven proposed tax cuts.  He didn’t like that.  In fact, he opposes those tax cuts because it “eliminates even more revenue than the shutdown!”

6.)  He offers no spending cuts.  So it’s clear he’ll do what he’s always done: Vote for higher taxes.  That’s why he refuses to sign the Taxpayer Protection Pledge (which I signed the day I filed).

7.)  He refuses to explain why he supported that $400 million tax hike in 2015, and refuses to say which taxes he’s willing to raise, on who and by how much to fill the current budget hole.

8.)  He refuses to say he opposes the all-mail primary election that Democrats are salivating over.  Which means he supports it.  If not, why not say so?

9.)  Despite being in office for six years, he doesn’t understand that the LEGISLATURE makes election laws…and the Secretary of State merely implements them.  How embarrassing.

As noted in our “debate,” I will soon release “Black’s Blueprint” for addressing the budget problems created by the #SisolakShutdown.