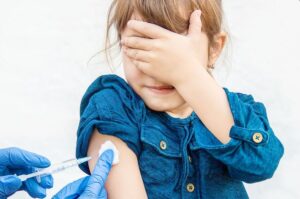 While millions of people hide at home waiting for a vaccine to save them, many others are already refusing to take them. With all the recent debate about vaccines related to CV19, many folks have expressed deep concerns about the safety of any new CV19 vaccine being rushed to market. Under enormous public pressure, drug makers are rushing to produce a CV19 vaccine. BTW the Corona Virus 19 we are currently dealing with is actual called SARS Corona Virus #2. That’s right; SARS Corona Virus #1 hit the U.S. and world in 2002. COVID 19 is the third such Corona Virus to hit the world in the past 20 years. To date, the FDA has not approved any SARS Corona Virus vaccines due to efficacy and safety issues that arose.

As reported in Sciencedirect.com

After SARS, development of a vaccine appeared to be the best approach to prevent future SARS-CoV epidemics. However, there were many obstacles in SARS vaccine development. Firstly, researchers did not have a comprehensive understanding of the pathogenic mechanism of SARS-CoV. Secondly, animal models of SARS-CoV infection could not simulate human disease because of an incongruent pathogenesis. Thirdly, in order to test the efficacy, many people must be tested in areas where the virus is endemic. Once the SARS epidemic ended, human trials were not possible [59]. Although several candidate vaccines against SARS-CoV have been produced and tested, at present, unfortunately, there is no FDA approved vaccine against SARS.

TO obtain FDA approval, wide spread, human, double blind studies are typically required. That requires a large number of infected and uninfected people to be tested with the vaccines. Then the side effects must be disclosed to the FDA so they can determine the efficacy and safety of the vaccine. Every drug and every vaccine has side effects that will harm a certain number of people. That’s where federal law comes in. Typically if a drug trial produces even one injury and the drug maker discloses that possible injury. Then, anyone who takes that drug is barred from suing for that injury. For example, if one person had a heart attack while participating in a trial and testing of Drug X, the maker of Drug X must disclose heart attacks as a possible, but rare, side effect. Now if you take Drug X and have a heart attack a week later, you cannot sue under federal law. The drug maker is protected because they disclosed the risk of that specific injury.

But under federal law, vaccine makers are almost completely immune from lawsuits for ALL injuries caused by their vaccines not just disclosed injuries. Injured people must submit claims to special court master and arbitration that takes years with a maximum cap of $25,000.

Except as provided in subsections (b), (c), and (e) State law shall apply to a civil action brought for damages for a vaccine-related injury or death.

(b) Unavoidable adverse side effects; warnings

(1) No vaccine manufacturer shall be liable in a civil action for damages arising from a vaccine-related injury or death associated with the administration of a vaccine after October 1, 1988, if the injury or death resulted from side effects that were unavoidable even though the vaccine was properly prepared and was accompanied by proper directions and warnings.

(2) For purposes of paragraph (1), a vaccine shall be presumed to be accompanied by proper directions and warnings if the vaccine manufacturer shows that it complied in all material respects with all requirements under the Federal Food, Drug, and Cosmetic Act [21 U.S.C. 301 et seq.] and section 262 of this title (including regulations issued under such provisions) applicable to the vaccine and related to vaccine-related injury or death for which the civil action was brought unless the plaintiff shows—

(B) by clear and convincing evidence that the manufacturer failed to exercise due care notwithstanding its compliance with such Act and section (and regulations issued under such provisions).

No State may establish or enforce a law which prohibits an individual from bringing a civil action against a vaccine manufacturer for damages for a vaccine-related injury or death if such civil action is not barred by this part.

IN 2011, the U.S. Supreme Court issued a ruling in favor of the vaccine makers from product-liability lawsuits that are filed in state courts:

Supreme Court explained that the National Childhood Vaccine Injury Act of 1986 (NCVIA or Act) preempts all design-defect claims against vaccine manufacturers brought by plaintiffs seeking compensation for injury or death caused by a vaccine’s side effects.

The Court’s 6-2 decision reasoned that “a vaccine side effect could always have been avoidable by use of a different vaccine not containing the harmful element. The language of the [NCVIA] thus suggests the design is not subject to question in a tort action. What the statute establishes as a complete defense must be unavoidability (given safe manufacture and warning) with respect to the particular design.

This conclusion is supported by the fact that, although products-liability law establishes three grounds for liability—defective manufacture, inadequate directions or warnings, and defective design—the Act mentions only manufacture and warnings. It thus seems that the Act’s failure to mention design-defect liability is “by deliberate choice, not inadvertence.”