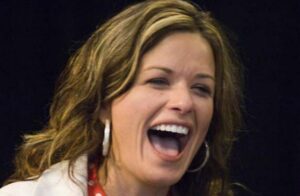 Finally, after Carrie Buck has falsely claimed to be the Chairwoman of the Clark County Republican Central Committee (CCRP) for the last few weeks, even after 2 courts said no, after the RNC and NVGOP officially recognized Jesse Law and after even the Secretary of State of NV said no to Carrie, Jesse Law filed a lawsuit to end her sick Charade.

Her group of fraudsters have been collected over $20,000 according to reports. Now they may be on the hook for that money plus attorney fees.

The Lawsuit asserts Carrie Buck and her co-defendants

“unlawfully and with criminal intent received proceeds using false
pretenses and from racketeering activity and have used those proceeds directly or indirectly in the establishment or operation of their racketeering enterprise.”