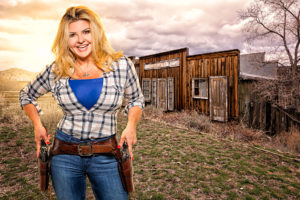 Former Nevada Assemblywoman Michele Fiore is not only about to win her city council race in Ward 6, according to the latest polls, Michele is about to make history. Never before have Republicans held three city council seats in Las Vegas. With current City Councilmen Bob Bears and Stavros Anthony leading by double digits in their reelection races, the City of Las Vegas could see three out of the six wards controlled by Republicans, and not by RINO’s but true redstate conservatives.

In a recent poll published last week, Michele Fiore has 36% of likely voters supporting her of out of a field of 10 competitors. Fiore leads by 9 points over her closest competitor Kelli Ross, wife of the current city councilman Steve Ross who is termed out this year. 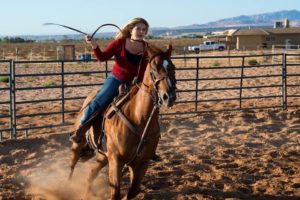 Michele Fiore came out of the gate with a press release calling for a ban on sanctuary cities in Las Vegas and a message of lower taxes and fewer regulations. Fiore has been toned down with less hyperbolic statements and more substantive conservative policies. Michele Fiore, Bob Bears and Stavros Anthony aren’t your average squashy RINO Republican moderates but law and order, social and fiscal conservatives.

With municipal elections now less than a month away on April 4, 2017 and early voting set to start this week on March 18 thru 31, 2017, Conservative Republicans are about to win half the city council seats in Las Vegas, with a historically urban demographic dominated by Democrats for the past 100 years. Even the Firefighters Union is on board and just endorsed Michele Fiore proving she has the MO shaking up the old order. RINO’s were destroyed in last year’s elections. So electoral success on April 4, 2017 will be a turning point for the Republican party here in Nevada and a lesson to the RINO’s about how to win and govern long term while not abandoning your base in the process.