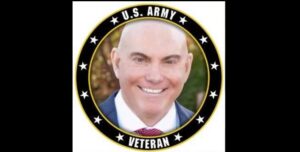 Earlier today, Nevada University System Chancellor Rose issued a press release announcing a new policy goal of forcing incoming students to get CV19 vaccines prior to the fall semester. Her actions were clearly done without consulting the Elected Regents like Byron Brooks who is admittedly against forced vaccines.

Clark County Regent Byron Brooks told 360 he was surprised by Chancellor Rose’s press release and was highly critical of her for failing to discuss such a highly politically charged topic publicly without consulting him and the rest of the board first.

Byron Brooks issued the following statement on his personal FB page “I am adamantly opposed to any education institute “mandating” proof of COVID-19 vaccination in order to return to campus. I strongly support the liberties of our citizens which constitutionally allow for those decisions to be made individually and not by any private, public, or government authority.”