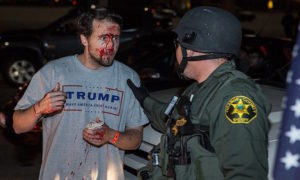 As the Republican National Convention is about to kick off, many attendees are fearful of and actually expect violence during the week long event. With a long list of potential groups targeting the RNC event such as Black Lives Matters, Black Panthers, IS, Bernie Sanders supporters, illegal aliens and George Soros paid protestors just to mentioned a few, the Cleveland Police, along with some 20,000 federal law enforcement, have their work cut out for them. The national liberal media has pumped up the potential violence as justified for “legitimate grievances” which they keep reporting on endless talking head programs cable TV.

Many RNC goers note all the recent violence in the news here in the US and around the world, from the shooting of five police officers by a black lives matters supporter in Dallas to the Nice, France attacks this week killing some 84 men, women and children by a radical islamic terrorist. Trump rallies have been targeted by Democratic Party grievance groups where Trump rally attendees have been assaulted and bloodied by protesters.

BTW every member of the Republican Nevada federal leadership is refusing to attend the National Convention, including Congressman Joe Heck, Congressman Mark Amodei, Senator Heller and Congressman Cresent Hardy. And with so many other Republican leaders from around the country staying away from the convention this year one must ask if they know something the rest of don’t? 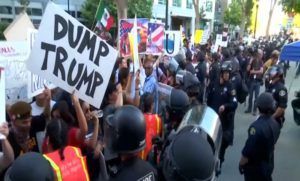 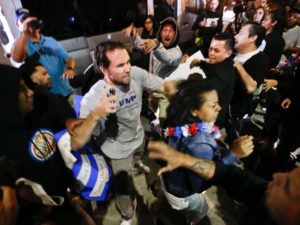