NV GUN LAW SB143 UNENFORCEABLE: YOU STILL HAVE THE RIGHT TO REMAIN SILENT

NV GUN LAW SB143 UNENFORCEABLE: YOU STILL HAVE THE RIGHT TO REMAIN SILENT 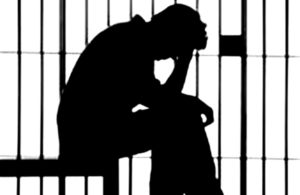 We still have, for now, the 5th amendment, which protects a person from making statements which may incriminate him or her. The 5th Amendment of U.S. Constitution states “No person shall be compelled in any criminal case to be a witness against himself”. In other words, if a police officer asks you where you got your gun (and you are not a felon or prohibited possessor) invoke the 5th amendment and say “I refuse to answer under the 5th amendment and I want my lawyer.”

The burden of proof rests with the government to prove someone violated SB143. But the government is not allowed to retain gun purchase records whatsoever. For example, if you sell your gun to your friend or neighbor with a background check through a licensed Federal Fire Arms dealer there are no records retained by the government.

The only way the police can enforce this law is through entrapment. The police must go out and try to purchase and/or sell fire arms without a background check in order to catch people or someone has to admit to such a “crime”.

So the lesson here is keep your mouth shut until you speak with your lawyer.

Disclaimer: This article is a political discussion of the political issues surrounding the new law and shall not be considered legal advice. Consult with your lawyer if you have legal questions.