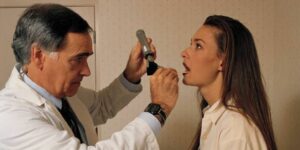 It all started about two years ago in Dec 2017 when a formal complaint was filed with the Nevada Medical Examiners Board against Dr. Ramu Komanduri, Chief of Staff of the VA Southern Nevada Health Care System in the death of Army Veteran Stephen Carey. Stephen T. Carey was 42 years old last year when he died from Stage 4 cancer all alone in his mother’s basement. Stephen’s destiny was cast in stone, according to a lawsuit filed recently against the VA for Malpractice, when VA doctors failed to test and diagnose renal cancer back in 2011 through 2015 on 3 separate occasions.

On October 1, 2019 Nevada’s new public records law SB287 kicked in. So 360 News Las Vegas served the Nevada Medical Board with a formal demand for documents involving the 2 year investigation under the new law.

They answered on October 8, 2019 claiming all the documents were confidential and refused to even acknowledge if the investigation was ongoing or not.

“As you are the confidential complainant in this matter, we can provide you some information regarding the status of the case.  The current investigation BME Case No. 18-17690 is still open, materials have been reviewed by the Investigative Committee, and additional information has been requested.

We then reached out to former Democrat Assemblywoman April Mastroluca. Nothing 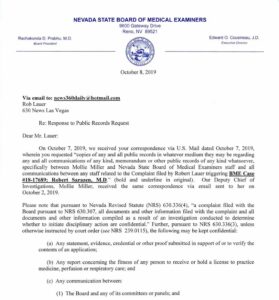 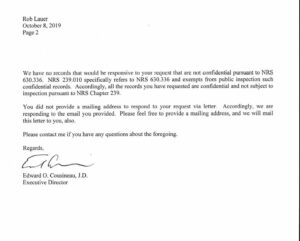