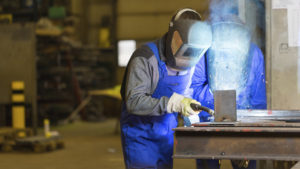 Conservatives have argued for years that government hinders economic growth, creates barriers to competition and costly regulations that stiffly job growth. Democrats and liberals have argued for years that the government is a key factor in job growth and creation. Well President Trump’s shut down just proved conservatives right. Economists, (liberal college types) expected payrolls to rise by only 170,000.

The economy surged without those non-essential government workers with over 304,000 new jobs in January proving once and for all government does not create jobs. As a small business owner my entire life I can tell you that my number one obstacle and pain in the ass has always been some government agency or bureaucrat blocking me or fining me or suing me over some nonsense.

So remember this month’s job numbers when Democrat-socialists blather about how more government creates more equity and prosperity for all.

As reported by CNBC: