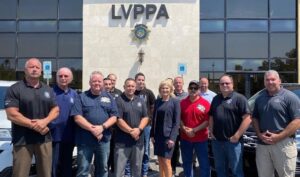 Many folks were stunned by Cannizzaro advocating for new laws allowing Antifa and BLM criminals to sue individual police officers in court. But as usual with Cannizzaro, follow the money.

Whats even more shocking about their endorsement is that Cannizzaro is a prosecutor in the Clark County District Attorney’s office.