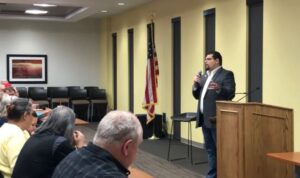 This week, Nye County Commission unanimous voted to scrap voting machines in favor of old school paper ballots. Ever since the 2020 election, Dominion voting machines have come under intense scrutiny from Republicans.

In 2020, President Trump’s lawyers claimed that the machines were accessible by the internet and that their software was corruptible.

But Nye County may run into Aaron Ford, the Nevada Attorney General. Nevada law requires elections be conducted with approved voting machines. And Nye County Clerk Sandra Merlino, a Nevada Secretary of State Barbara Cegavske ally, also publically opposes the switch before the June primary. She testified at the commission meeting yesterday that it would be physically impossible to make the switch before the June primary.

But at this time in 2020, Nye County Clerk Merlino was on board to switch to all mail-in-ballots for the 2020 June Primary in support of Gov. Sisolak’s emergency orders. Merlino is not running for reelection this year.

Commissioner Leo Blundo has taken the lead on numerous issues over the last couple of years including voting to end Gov. Sisolak’s mask mandates in Nye County and voting to end CV shutdowns.

“Election integrity is on the minds of our electorate. We have a constitutional obligation to fair and free elections. A vote cast by paper ballots can not get changed or hacked via the internet in the middle of the night. We are proud to have cast a vote towards securing our elections in Nye County.” – 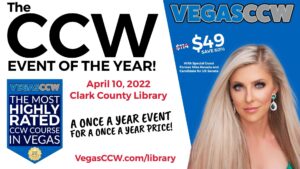