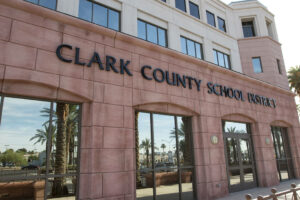 The Clark County Education Association announced a new campaign this week called The Strategic Horizon campaign to increase taxes by at least $1 Billion to fund public education. Union President John Vellardita announced the effort but refused to provide any details or specifics for where the money would come from and where it would go. They initially tried to sell the idea as a raise for teachers.

Many Nevadans are skeptical of approving any new funding after the pot tax ended up in the general fund. And CCSD spends a huge amount of money on bureaucracy and not in the classrooms according to a recent study.

Every year, for the past 19 years, Nevada politicians have claimed they need to raise taxes to raise Nevada’s dead last National Education rankings. In 200, Nevada politicians doubled business taxes from $250 per year to $500 per year. In 2015, under Governor Sandoval and a Republican controlled legislature, they passed the Commerce Tax, $1.3 Billion, the largest tax increase in the history of Nevada meant to “fix education”.

CCSD has resisted any serious attempts to audit their books for years.

The last time they tried this in 2014, the Republicans swept the state elections. The Gross margins tax lost by 82%.