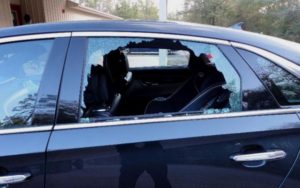 Car burglary smash and grabs have been spiking in recent months in Las Vegas costing residents thousands of dollars in stolen computers and often leading to identity theft. Metro is currently fighting to reduce car burglarizes which is the number 1 complaint at local police town hall meetings with police. Metro police and prosecutors from around the state oppose downgrading the crime as well.

Nevada car insurance companies are also concerned about the proposed shift in the law and say they expect insurance rate hikes to pay for the increase in car smash and grabs if the law passes as written by Yeager.