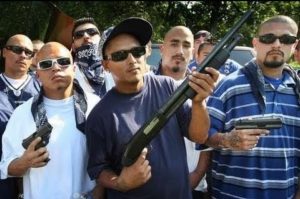 Last month, the Democrat Controlled Nevada legislature passed SB143, which requires all private gun transfers to go through a background check at gun stores. However, the law exempts illegal aliens. Nevada Democrats rejected efforts to amendment the bill require illegal aliens to be turned over to ICE if they attempt to purchase a firearm at a gun store.

Illegal aliens are strictly prohibited from purchasing a firearm under federal law. But under the new Nevada law, SB143, if an illegal alien walks into a gun store and attempts to purchase a firearm, the background check paperwork is submitted to the Nevada Department of Safety NIC system for a background check. Under the new law, the Nevada Department of Public safety is not required to turn over that information to ICE or even local law enforcement authorities.

In fact, Democrats specifically rejected attempts by Republican lawmakers to require law enforcement to turn over illegal aliens to ICE who attempt to buy a firearms under the new Nevada gungrab law SB143.

A source within @lvmpd telling me 6 dismembered bodies have been found in the desert area on East Lake Mead Blvd headed towards the lake! LVMPD has determined that MS13 is responsible.

It was also discovered this week that Metro seized eighteen firearms including an AR-15 semi-automatic rifle, shotguns and semi-automatic pistols from the violent MS-13 illegal alien gangbangers. All the weapons were stolen. It was also confirmed that all of the MS13 killers were illegal aliens with Federal Deportation orders pending.

The week in review: 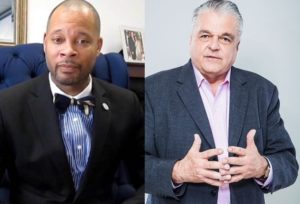