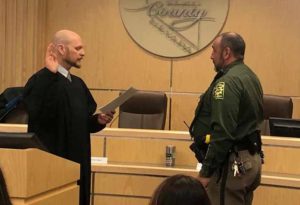 Elko County Sheriff, Aitor Narvaiza, is the latest Nevada Sheriff to announce his refusal not to enforce SB143 following Sheriff Watts of Eureka County yesterday and now several counties about to declare themselves 2nd Amendment Counties. Momentum is rapidly growing as counties and sheriffs across the state of Nevada are joining to together and refusing to enforce new gungrab laws passed by the Democratic controlled Nevada legislature.

Nye, Lincoln, Douglas, Eureka, Lander, White Pines and now Elko Counties are all considering this month, resolutions to declare themselves 2nd Amendment Sanctuaries. Simply put, they will refuse to spend their county tax dollars to enforce SB143 and other potential unconstitutional gun laws.

Sheriff Watts of Eureka was the first to write an open letter to Governor Sisolak. Now Sheriff Narvaiza said to the Elko Daily Press “If I want to sell a firearm to a friend of mine I’ve known for 20 years, I should be able to do that.”

Narvaiza went on to say “If you and I come to an agreement on a firearm, and I sell you a gun, you give me $500, you go your way and I go my way, and nobody knows a transaction has been done, there’s really no way of checking it”. 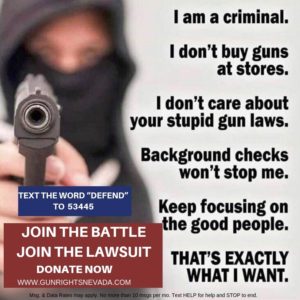