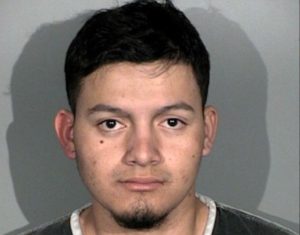 Over the past couple of weeks, a serial killer has been terrorizing people in Northern Nevada, believed to be responsible for killing four people in their homes in Gardnerville and South Reno. Washoe County Sheriff Darin Balaam says 19-year-old Wilbur Ernesti Martinez-Guzman was captured yesterday in connection with the homicides. Carson City Sheriff Furlong says immigration officers verified that Martinez-Guzman, who had been in the Carson City area for approximately one year, was likely in the United States illegally and was detainable.”