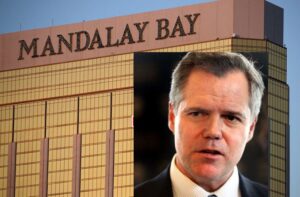 One of the most divisive and controversial Las Vegas CEO’s MGM Jim Murren, is stepping down. MGM’s stock was up almost 3% on the news. His failed leadership led to a huge $750 million settlement from the Mandalay Bay Oct. 1 mass shooting, after it was discovered Mandalay Bay laid off most of the arm guards in an effort to save money. The company has been struggling since Oct 1. selling off numerous properties to Blackstone, then leasing them back.

Mandalay Bay and other MGM properties have continued to shed jobs after Murren led the way charging locals parking fees at his properties. According to a press release, the Board of Directors is looking for his replacement.