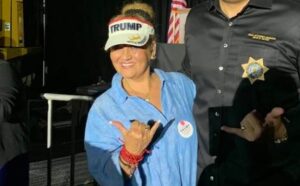 Originally from Mexico, Reyna “Alex” Sajdak is a proud U.S. Citizen since early last year. She worked for the last 8 years to obtain her citizenship the right way. Reyna wants to be an assemblywoman to give back to Las Vegas & Nevada by helping to create jobs.

Through her experience as a successful businesswoman, Sajdak will also help lead in the recovery of Las Vegas and Nevada communities through the creation of great jobs.

Even though she’s married to the idiot Chairman of the Clark County GOP, Alex is a strong independent woman who deserves our support. Always smiling and upbeat, Alex will be successful in the legislature with her history of hard work and overcoming adversity.

And even though the voter registration numbers are extremely lopsided in favor of Dems, its important for the GOP to put up candidates everywhere and build support in those heavy Dem districts which helps Pres. Trump and other statewide candidates win in November. 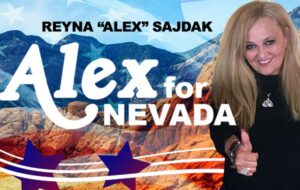