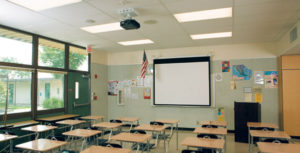 Two years ago the Republicans controlled both houses of the State Legislature and the Governor’s mansion. And they broke their pledge to their voters and raised taxes by $1.3 billion for “education” they claimed. Fast forward to today and millions of dollars are missing, Clark County School District is broke and laying off staff.

This week the Clark County School District announced this week it was $80 million in the red. CCSD is cutting special ed by $1.6 million and laying off “non-essential employees” according to Superintendent Pat Skorkowsky.

Trustees Chris Garvey and Kevin Childs are demanding a full audit. According to Trustee Kevin Childs, just a few months ago Skorkowsky said the budget was stable and everything was fine. Now they can’t pay their bills.

Childs has been demanding an audit of the School District books for the last couple of years which may have made him a target of a smear campaign earlier in the year to silence him according to some observers.

Now Childs’ fears may come true. Millions of dollars are missing without any accountability. But Childs needs to peel off two more trustees to get a vote to audit the district by an outside independent firm.

Childs has served the CCSD with a Freedom of Information Act (FOIA) request for emails and other information related to the budget or they will sue.