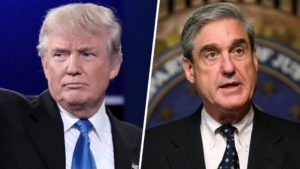 Today, special prosecutor and former FBI Director Robert Mueller indicted President Trump’s former campaign manager, Paul Manafort. To the President’s credit, he fired Manafort last year after only two months on the job after it was discovered that Manafort had received over $12 million from pro-Russian groups.

But it was those ties that jammed up Manafort today after he allegedly failed to report the money and register as a foreign lobbyist. To many in the Trump camp, Manafort’s arrest today is a distraction from Mueller’s conflict of interest exposed last week in a blistering story about his own possible Russian scandal. Many in the press and on Capitol Hill are calling on Mueller to resign.

So, on one hand, Mueller seems compromised and indicted Manafort to distract, but on the other hand, Manafort appears to have maybe broken the law too. Manafort’s indictment could provide the cover Trump needs now. Trump should fire Mueller and continue the indicted against Manafort all the way to conviction. Trump should also appoint a new special prosecutor to pursue Hillary and Mueller. Trump needs to find a big household name to appoint as Special Prosecutor, one Democrats couldn’t criticize. Then clean house in the FBI and DOJ of Obama holdovers.

It’s time to get rid of Mueller and go on the offense, Mr. President.