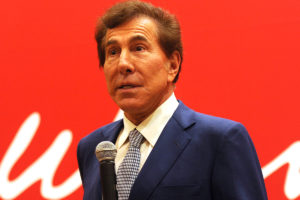 As Steve Wynn steps down as CEO from the $17 Billion company that he built and that bears his name, he is now facing a lawsuit from Norfolk County Retirement System, an employee retirement system, over the accusations of sexual misconduct going back some 20 plus years in which financial settlements were paid out. Mr. Wynn has denied any wrongdoing and claims his ex-wife Elaine Wynn, who’s a huge liberal Democrat, is behind the attacks in an effort to renegotiate the terms of their divorce.

Unnamed women were cited last week in a Wall Street Journal Report accusing Mr. Wynn of years of sexual misconduct with his employees. My. Wynn settled one such claim for $7.5 million dollars.

Las Vegas, Nevada, a shareholder derivative lawsuit has been filed in District Court, Clark County, Nevada by Eglet Prince and Chimicles & Tikellis LLP.
.
The complaint states “Plaintiff Norfolk County Retirement System (“Plaintiff”) is an employee
retirement plan located in Massachusetts and has been a stockholder of Wynn Resorts
continuously at the time of fiduciary wrongdoing and breaches underlying the claims alleged
herein, and will continue to hold Wynn Resorts shares at all time relevant to this action”
.

In the 42 page complaint, the shareholders seek redress from the injury and losses sustained by Wynn Resorts Limited as a result of egregious breaches of fiduciary duty, abuses of fiduciary power, sexual harassment and violations of law committed by the Company’s founder, Chairman and Chief Executive Officer, Stephen A. Wynn. The complaint also alleges breaches of fiduciary duty by the Company’s Board of Directors in turning a blind eye and disregarding a sustained pattern of sexual harassment and egregious misconduct by Mr. Wynn. The lawsuit also alleges that the compensation and benefits paid to Mr. Wynn and the directors during their fiduciary misconduct enriched them at the expense of the Company.

Mr. Wynn’s stockholders are worth an estimated $2.5 Billion.