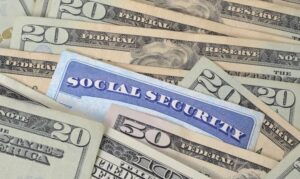 For years, Democrats have talked down Identity Theft by illegal Aliens as a non-violent crime. But imagine your Social Security Number stolen by an Identity Theft ring, then selling your number to dozens of people who turn around and use your SS number to obtain jobs, rent apartments and even take out credit loans.

Then imagine getting a bill from the IRS for unpaid taxes from those folks using your social security number and your credit damaged from other illegal uses. Then imagine Democrats refusing to criminally prosecute Illegal Aliens who stole your ID.

Three illegal aliens, Ramiro Garcia, Donaldo Morales and Guadalupe Ochoa-Lara who were not authorized to work in the United States provided their employers Social Security numbers that were not their own in Kansas.

Well the U.S. Supreme Court took up the case involving the three illegal Aliens charged by the state of Kansas with identity theft of American workers’ social security numbers. Every single liberal Justice on the Supreme Court ruled against the State of Kansas’s law criminalizing identity theft claiming its an exclusively federal area of criminal enforcement called preemption. But every state has some sort of withholding requirement for employee wages which opened the door to their prosecution by the State.

But every single Conservative Justice, including every Justice nominated by Pres. Trump, voted with the State of Kansas deciding it has the right to prosecute anyone who steals a social security number of American Citizens. Democrats tried to carve out a space where Illegal Aliens could not be prosecuted for stealing social security numbers.