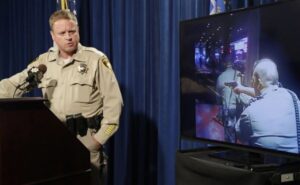 Yesterday, Sheriff Lombardo announced he is running for Nevada Governor leaving his position open. RINO Tom Roberts already said he intends to run for Sheriff after he betrayed his Fellow Republican lawmakers this year, voting 80% of the time with Sisolak on the most critical issues. Roberts even embarrassed Black Lives Matter following the Summer of Violence last year even after a Metro Cop was shot in the back of the head. Tom Roberts was forced out of Metro after he failed to response properly to the Oct. 1 Mass shooting. Sheriff Lombardo endorsed Roberts for State Assembly back in 2018 when he first ran.

BTW if you were thinking about running for Clark County Sheriff you’ll need to be Police Post Certified to qualify under Nevada law. 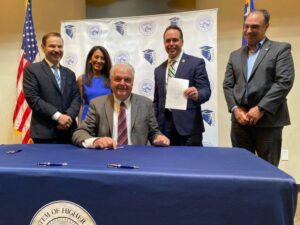