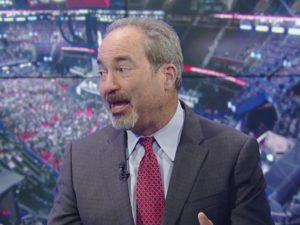 After being laid off by Las Vegas Channel 13 News last month and every other news outlet now in Nevada practically, Jon Ralston announced he is launching his own “Nonprofit” online news Blog and seeking donations from the same people he intents on covering, including corporations and lobbyists. And their donations, which will be tax deductible, go directly into his pocket as his salary, which he has refused to disclose so far. Ralston is using an old non profit called Nevada News Bureau, Inc., a 501(c)3 nonprofit to avoid the 12 month regulatory review oversight new nonprofits typical must endure. 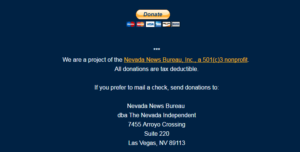 Why an independent news source in Nevada?

The time is right.

2016 has been a truly amazing year, leading many of us to ask…

Is partisan hype poisoning our country?

Where can we turn for reliable news and smart opinions?

​​Should we all just move to Canada…?

This, coming from the man who has led the partisan, liberal charge for the past 20 years in Nevada, calling Republicans, Conservatives and Veterans “losers” and every name under the sun. Ralston, a known Grammar Nazi, turned the Carson City River is a sewer of rumors and slime for decades. This is the man who has displayed live on TV sexual pleasure he derives dispensing dirt on Republicans and anyone who disagrees with him.

The fact that Ralston choose to form his new online blog media business as a non profit has raised many eyebrows in the industry. Only PBS and NPR type outlets have been formed as non profits allowing viewers to make tax deductible donates. Serious questions are being raised about conflict of interests that will certainly will be created if his blog covers those who donate money to him. In fact, Ralston has a history of this. He gave extremely favorable coverage to RINO Republican Assemblyman Derick Armstrong after receiving $300 in subscription fees to his old blog and attacked his primary opponents. 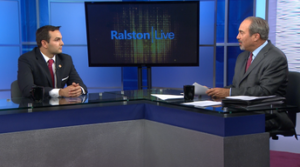 Over the past 2 years, Ralston has viciously attacked anyone who opposed Govenor Sandoval’s historic $1.5 billion tax increase, which included a 100% increase in corporate filing fees and now skirts those same tax increases by setting up a non profit online media business. If he had started a for profit business and paid all the taxes I would applaud him, but this just shows he is just another liberal hypocrite.