COULD NEW YORK DETERMINE THE NEXT PRESIDENT?

Today New Yorkers go to the polls and vote in the Republican and Democratic Presidential primaries. But this isn’t just any primary, it’s New York where both Donald Trump and Hillary Clinton call home. The turnout for each and their margins of victory will be a look into the future as to who could carry New York and its 29 electoral votes in the November general election and thus the presidency.

As of April 19, 2016 the Real Clear Politics Poll has Bernie Sanders trailing Mrs. Clinton by 13 points, 53.1 to 41.4 percent. Businessman Donald Trump has a commanding lead in New York’s primary with 30 points over Gov. John Kasich and Senator Ted Cruz. The breadth and turn out of each primary victory will reflect the intensity of their supporters and how they will turn out in November for either Trump or Clinton. 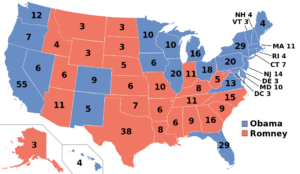 The last Republican to win New York in a general election was Ronald Reagan in both 1980 and 1984 Presidential elections.

However, neither Reagan nor Jimmy Carter were from New York, so that’s why this primary is even more telling since both Trump and Clinton are hometown candidates and the voters have had decades to get to know them both. New Yorkers’ opinions of the candidates won’t be moved by anything the mainstream media says. Their records and long history will determine the outcome.

And it appears so far Trump; has a commanding lead as did Reagan in 1980. Interestingly, there was a Bush on both ballots in 1980 and now in 2016, Jeb Bush failed to get any traction and dropped out months ago. Trumps breadth of support compared to Clinton’s expected margin for a hometown candidate shows her weakness and possible troubles ahead in a November match up against Trump in the general election. If Trump can carry New York by the tiniest margins in November he most likely will win the presidential election. New York is a bellwether state and would certainly reflect Reagan-like momentum in his favor. Trump’s business empire in New York and the good will he’s built up over three decades of creating jobs and iconic brand real estate along with the relationships he has with unions and working people could push him over the top in November. The momentum Trump has could spill over into neighboring Pennsylvania. Trump’s business empire extends to Florida where he won big in the primaries over the sitting  Republican Florida Senator Marco Rubio and former Florida Governor Jeb Bush, reflecting his likeliness to carry Florida.

Trump’s crowds at rallies in New York are also historic, even in New York City, the epicenter of liberalism in America. By comparison Cruz appears to have zero chance of winning New York. By all measures Cruz could not win dog catcher in New York. If Trump wins the Republican primary by over 30 points expect him to be a “HUGE” threat to the Democrat in the fall General Election.