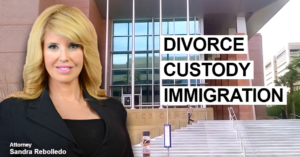 According to local Nevada criminal defense and immigration lawyer Sandra Rebolledo, she has had several people come into her law office seeking legal representation after being notified of removal actions filed (deportation) by ICE for voting in the election. It is illegal for a resident alien to vote, only citizens can vote.

Sandra Rebolledo spoke with NEWSMAXTV LAS VEGAS about the issue but, due to attorney client privilege, she was restricted from giving us names. According to Rebolledo, she did not take their cases. The resident aliens were not clients but since she did meet with them she is legally obligated to protect their identities.

Rebolledo said she also met with a potential client who was an illegal alien who had voted and was facing charges. But there was no word on whether their vote was discarded after the fact.

The problem stems from the fact that resident aliens are issued social security numbers and NV driver’s licenses. According to Nevada DMV spokesperson, Kevin Melone, if the resident alien is issued a driver’s license here in Nevada, there is nothing different about that ID from that of a US citizen other than the expiration date corresponds with their visa expiration date. Since Nov 12, 2014 real ID has been implemented, which is voluntary. There is no way for the Clark County Elecitons Division to determine if the driver’s license is that of a resident alien or a citizen based on the DMV computer files. And Melone went on to say that the ballot initiative in the upcoming eleciton would change the voter registration system to automatically register people with driver’s licenses to an opt out system. This will cost the NV DMV millions of dollars to change their computer systems to break out and identify resident aliens to insure they are not automatically registered to vote.