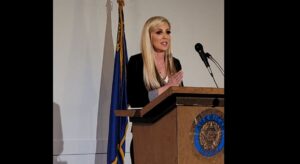 Almost a week after some 40,000 Americans were left to fend for themselves in Biden’s disastrous Afghanistan pullout, U.S. Senate Candidate Adam Laxalt still refuses to say if he would vote to impeach Biden. But yesterday, at the Las Vegas American Legion Hall, (R) U.S. Senate Candidate and business woman Sharelle Mendenhall pledged, if elected, she will vote to impeach the entire Biden administration, including General Milley. 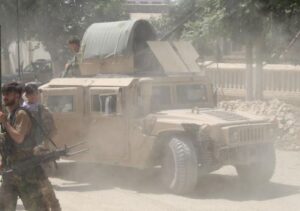 Sharelle discussed her deep concern for the estimated 40,000 Americans stranded by Biden’s failed Afghan policy and the even said we should have just left in place the 2,500 U.S. troops keeping the peace. “We had one American military death in Afghanistan in the last 18 months, sounds a lot safer than Chicago on a holiday weekend.”

Sharelle went on to criticize the General Milley for his refusal to take any responsibility for this mess.

Sharelle also spoke about the great pain Biden’s disastrous policy is causing U.S. Military veterans who are “flooding suicide hot lines, according to a close friend of her’s who works for a suicide hotline”.

Adam Laxalt announced Saturday he’s also running for the U.S. Senate seat currently held by Dem Catherine Cortez Masto. Laxalt appeared on numerous shows this week were he refused to say if he would support impeaching Biden. Laxalt lost his bid for Governor to Steve Sisolak by a huge margin in 2018 and moved back to Washington DC for the last several years.